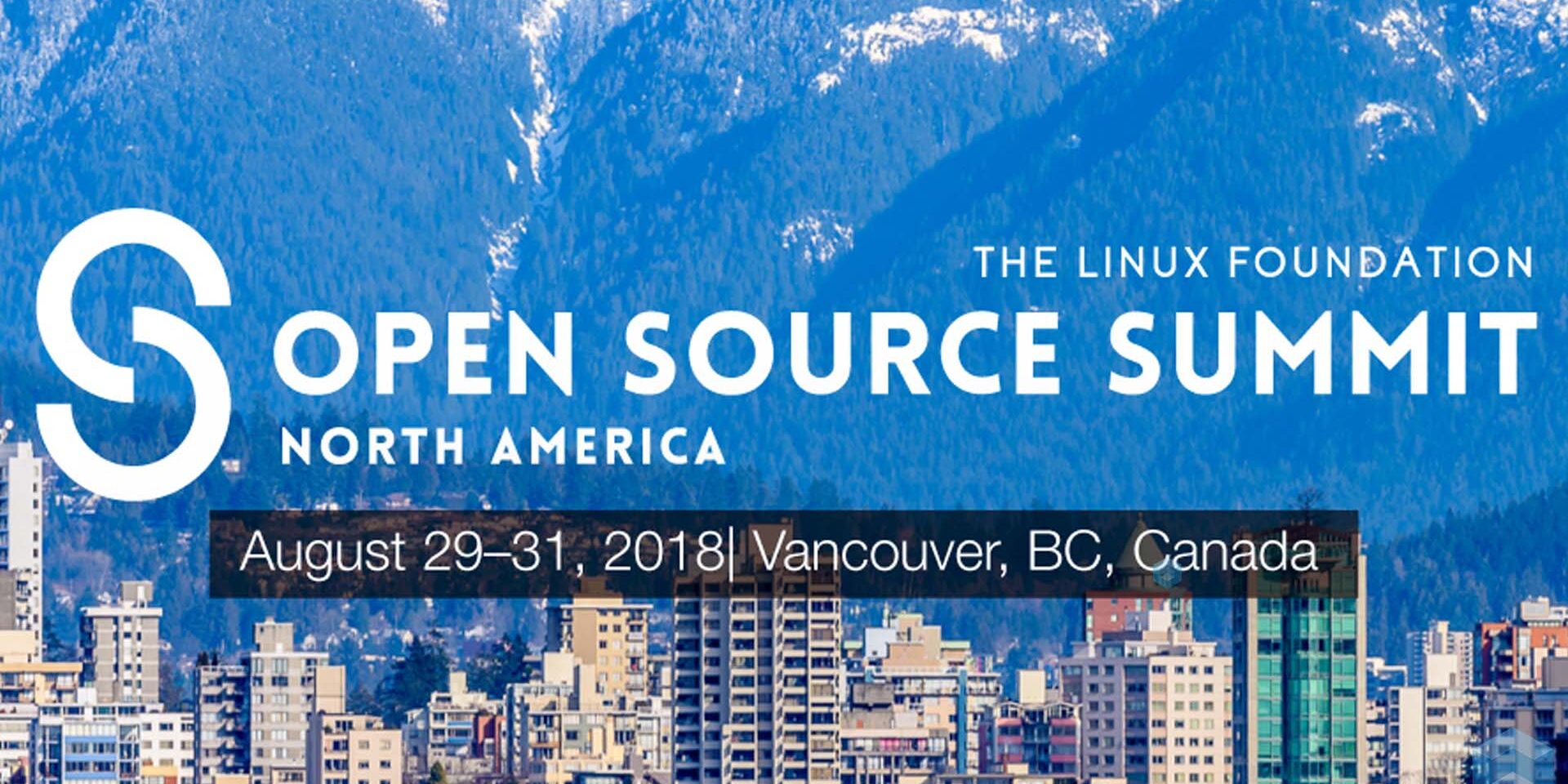 In Summer 2018, our Crafty Penguins team visited the Open Source Summit here in Vancouver BC. Here are some gleanings of “what’s cool” from the post-event journal notes from the sessions we attended and found interesting. Lots of buzzwords in here! The following key takeaways were provided by Richard, Rob, and Curtis.

It was great to see and hear Linus Torvalds (original creator and still the “Grandfather (Dictator)” of Linux) speak.  The best Keynote! Enough said.

OPENEBS – “FILE SYSTEM OF THE CLOUD”

They had a booth at the 2017 Kubecon (Kubernetes conference) and seem to be getting a lot more traction. They have some very promising looking technology for Container Attached Storage, for use with Docker/Kubernetes. If K8S is the operating system of the cloud, OpenEBS hopes to be the file system. Learn more: https://openebs.io/

This is a new standard that came out in 2017. Traditional Bluetooth was just point-to-point, for example from your phone to your headset, or computer to a mouse/keyboard. The new protocol allows many-to-many and multi-hop. This is interesting for both personal devices (relay message/content between phones/headsets/etc) and in large device networks such as building automation, sensor networks. Imagine tiny solar-powered devices attached to utility poles, cars, etc that can all communicate to each other, and be managed by machine-learning technology. Hmmm….

We have deployed Gluster for multiple clients, as it nicely solves the issues with NFS in LXC/Docker/Kubernetes environments. The cool idea of Gluster is that you can use common off-the-shelf hardware to create very large and distributed storage solutions. Create for storing all your cat videos, pictures of your kids, and selfies…. The newer versions have huge performance improvements for speed, which make it a worthy contender for distributed file based storage. RedHat has been driving a lot of improvements on GlusterFS. Learn more at https://www.gluster.org/

We have been building ‘Chat Ops’ bots for clients for years. We just didn’t have any special name for it. Our first was Pickaxe for a Vancouver-based DevOps client to help with managing their Staging servers. With our work on these client projects, and our own internal ‘Crafty Bot’ we could easily develop custom solutions for other clients to interact with their pipeline/workflow, in short order. The cool idea with ChatOps is that in many situations, it’s much easier to create a Chat bot then a full Web UI. Due to the nature of chat, it also forces programmers to ensure they are super simple to use and learn. They are also much faster to both develop and use. Learn more:

This is a vendor-neutral project to be used for billions of Internet-of-things devices. examples are sensors, LED wearables, modems, wireless gateways and more. While it’s an Open Source project and done via the Linux Foundation, it doesn’t appear to be actually Linux-based. Having an Open Source platform to use will definitely help to improve standards, reduce costs, and accelerate IOT adoption.

ACCELERATE YOUR PROMETHEUS DASHBOARD FOR TRICKSTER

Every time that Prometheus refreshes a board, it grabs the entire dataset. This is super inefficient. Tricker is a caching proxy that will only grab the dif since the last pull. We have a separate blog post on this, click here.

Greg is an excellent speaker and talked about how the Kernel had to deal with these hardware bugs in CPUs. Perfectly elegant and proper C code was rendered insecure because of how the CPU speculates that after a whole bunch of times performing the same task (loop), it will do it again and caches the result. This is done ALL OVER THE KERNEL.  To solve it, essentially a `no-spec` function was added to the kernel.  It adds assembly code that does nothing except break up that repetitive loop.

His frustration with hardware manufacturers was very evident.  He even called out Intel for not following the proper disclosure channels and policies.  Intel siloed each vendor with the details of the problem and they weren’t allowed to talk to each other.  So, Greg (LTS kernel maintainer)  wasn’t allowed to talk to Linus or other primary kernel maintainers about the problem but they all knew about it and were working on the problem.  That’s the most anti-Open Source solution I can think of! The normal procedure is to embargo the problem for a period of time while they fix it–then release the details publicly with the solution. Intel acknowledged that they screwed up and Greg credited them for not making the same mistake with further problems.

THE S IN IOT STANDS FOR SECURITY

In other words, there is no security in IOT

A talk by two young CEOs who discussed the problem of security in IoT and some best practices for how to securely develop a CI/CD system for IoT.  In summary, most IoT security problems could have been prevented.  It’s mostly a problem of rushed development ignoring security best practices.

This is a profound top-down shift going on at Microsoft. Unlike Bill Gates and Steve Balmer, Satya Nadella is properly embracing open source. Read
https://rcpmag.com/articles/2018/09/17/microsoft-open-source-shift.aspx for more. They even have their own Linux-based operating system distribution for IOT.

WHAT SUCKED / NEGATIVES OF THE WHOLE CONFERENCE

OSS was focussed on vendors.  Too many of the presentations were sales pitches instead of providing real thought leadership and useful education.

TDD has been around for over 50 years. Today it’s been applied to the whole “Infrastructure as Code (IoC)” concept. It’s always good to be aware of patterns in the industry, and not forget old teachings that can be applied today! Click here to read a 3rd party blog post about TDD and Infra-as-code.

“If the system is simulated at each level of design, errors can be found and the